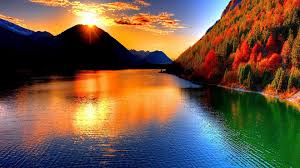 THis is test teo to see how the srigjd vgn ln skn k ;sk; v;s

D. Mark Agostinelli is the man who defined the art of the modern rudiment. Writing the “Drum Rudiment Bible” he was able to create the first book that incorporated all known hybrid rudiments in existence. Studying with such greats as the legendary Mike Sgroi, and travelling around the world, in places as far as Central Africa; Mark learned incredible technique for both hands utilizing drum rudiments. D. Mark Agostinelli is known as being one of the most influential music educators of his time through his devotional dedication to the art of rudimental drumming. He has significantly contributed to the art of drumming and percussion by researching and developing one of the most inclusive books on the subject of drum rudiments. Before Agostinelli conducted his research; there was no “One Single” source to pull from for “Hybrid” rudiments. Hybrid rudiments were originally shared by drummers showing other drummers, and the only way that you could obtain/learn a new hybrid rudiment, was if someone showed you. This made it incredibly difficult to learn new rudiments; especially if a student did not have access to a person that new them. Hence, Agostinelli enormously expanded upon a branch of knowledge within the percussion/drumming field of study, by creating “The Drum Rudiment Bible” which will forever contribute to the society of drummers and percussionist around the world.